In answer to a FB quiz question ‘what is your strongest quality’, I answered the 10 questions and received the answer: intellect. I wished it had been ‘creativity’, and then realized that my creativity does find its source through the intellect. All of the quilts I’ve made for the Wheel of the Year series have been didactic in origin and intent – to raise awareness is the role of the artist, no?  Jan’s Universe quilt is not different in the first intention, perhaps a little different in the second, it being a personal commission. It may still have interest for others in the story to be told of the influences.


Though I love the dark skies lit by myriads of stars on a clear night, I’ve never had a deep interest in the science of astronomy for this quilt, though I do know the names of some of the constellations - and of course love the Southern Cross. Art making is always a learning process for both the art maker and the recipient - but more on this later.
I’m currently honing up on the story of the Universe  as a personal story, from inclusion through birth, death and regeneration. I’m inspired by a comment from Jan in an email, in which she said that she looks at the stars every night before sleeping (she lives on a property away from city lights), feeling  “surrounded and held” by the Universe. Rather than being a small and insignificant part, as is often the way people express their relationship with the greater Universe, Jan feels gratitude at being part of the ‘immense, creative, expanding consciousness’, that IS the Universe becoming manifest – as do I. My consciousness about how to develop her quilt is expanding as I keep searching online, in my heart and soul, to represent Jan’s sense of place in the Universe. Shown here are some images I’ve been collecting, as seeds gestating in the dark. Not sure how, or indeed whether they will show up in the quilt. 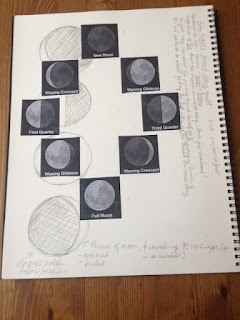 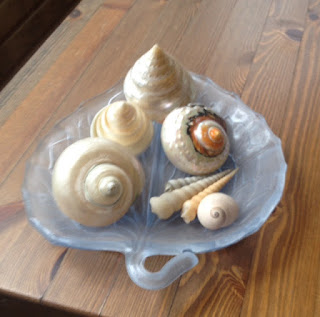 Posted by Annabelle Solomon at 3:13 AM