Maybe we textile artists keep things for a reason, though dare I say that it is usually unknown at the time. Several years ago (probably more like 10 or more) my neighbour Dorothy had found a sloughed snakeskin in her back garden, which seemed to be that of a diamond python. Snakes have always been a sacred symbol of rebirth, so I treasured this gift and I had tried to make it useful for some future textile work by attaching it to gauze with a light PVC wash. I then put it away for ‘later’ use. In the same container were the pieces of a bark cloth from a Pacific Island – something received many years earlier at the 2004 Women Scholars of Religion and Theology conference thea and I had attended in Melbourne, with the title of PeaceWorks. Convened by WSRT in the Australian Catholic University campus in Fitzroy near St Vincent’s Hospital, thea and I did a large group ritual together “in a Goddess tradition” for all participants on the first morning, celebrating the seasons in the cycle of the Wheel of the year. The tapa cloth was part of another small ritual that one of the presenters from Tonga gave at the conference.

There was gallery, where artworks in many different media were exhibited. I also had some quilts hanging as part of this exhibition. The main one I remember was my Wheel of the Year, which was displayed as a small installation, to include the Northern Hemispheric cycle mirrored on the floor below the wall hanging based on the seasonal cycle according to the Southern Hemisphere, which of course demonstrated their polar oppositions.

The Goddess images are printed directly from thea’s publication called the “Awesome Power Series”, a group of nine ancient Goddesses that thea and friend Roseanne DeBats had prepared as large posters also. Scanned in to present as part of my PhD thesis, I flicked them over to Sheila Quonoey whose inkjet printer was working, and a full set was printed in black and white for me to tea-dye. So, I had the images on cloth, now what? The physical images had become transferred from print on paper to print on ‘material’, but the structural form they should take remained elusive. This is the “sprouting” process, occurring at spring after the winter months have passed, leaving ideas burgeoning, waiting to come to fruition. 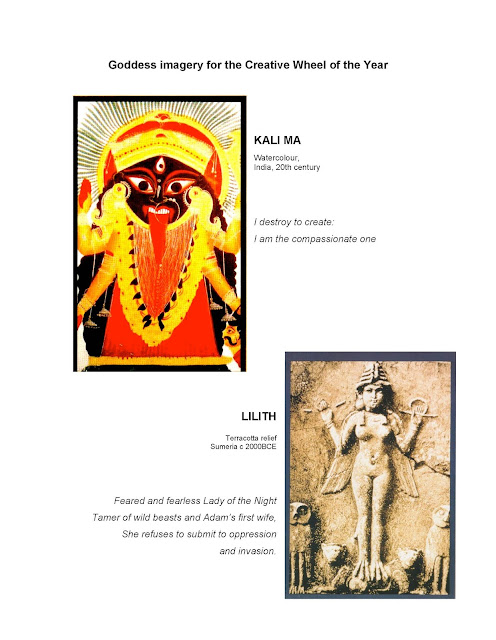 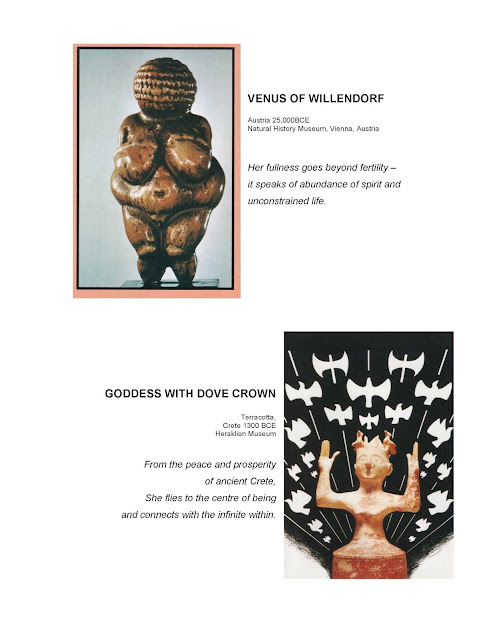 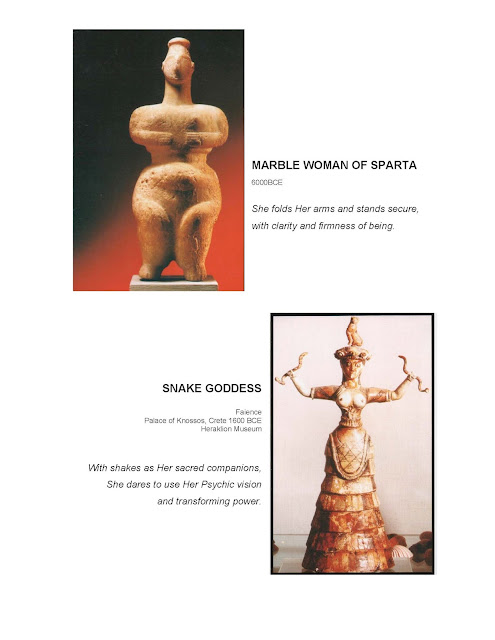 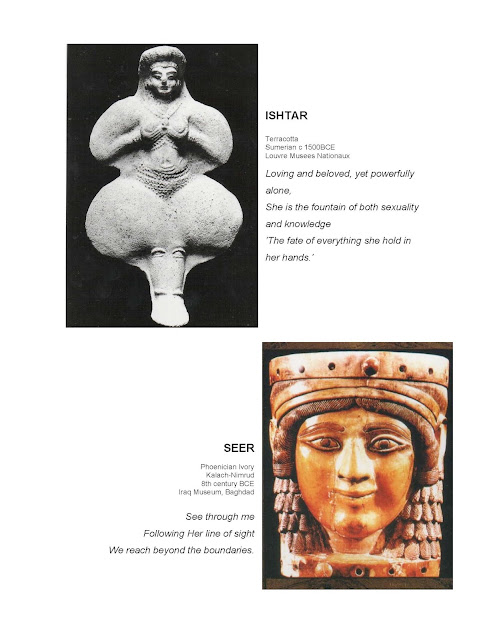 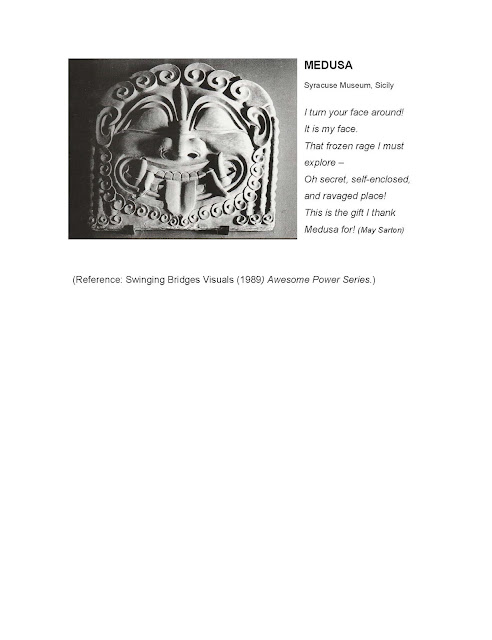 Posted by Annabelle Solomon at 3:33 AM